libgdx tutorial how to setup and begin game development 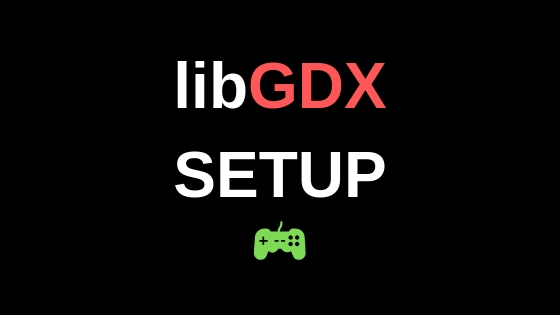 For creating games in LibGdx you have to write your code in JAVA or Kotlin and then you have to compile them (converting your code into Bytecode) and pack the codes and libraries for running your program on particular JAVA Virtual Machine (JVM) which is basically your smartphone and your PC.

Android Studio is an IDE which stands for Integrated Development Environment. It is a software application that provides various facilities to programmers and developers for their software development.

An IDE consists of an intelligent source code editor which helps you to write your code faster, better and errorless. It also has building tool with debuggers that help you to run your code on any platform and debug it easily and it will have so many other facilities like import and exporting your code and etc.

Why we use Android Studio? Well as explained above, as an IDE, it is a smart, better and faster way, as well as libgdx allows direct usage and production of games through the android studio, we also have a big community online to help us. So, we should use it.

Another question is that comes to mind is as follows.

What if we want to create games for other platforms also like desktop or ios and not only android?

Well, that’s not a problem because we are using LibGdx which is a platform-independent development framework. It consists of several libraries for platform independence so you can write code once and it will work on every platform of this world.

One more thing, Android Studio is not for creating an app on Android only it can also be used for deploying your projects for every platform. It will help you to run your code on desktop and ios or on other platforms too. So, your game will work everywhere.

You can begin by Downloading Android Studio. This tutorial is about libgdx so we won’t get more into the ide stuff.

After downloading and installing android studio or any other IDE of your wish. Download the libGdx jar package.

After downloading the libGdx jar file, just open it.

If you are not able to open the file then install JDK and setup your environment variable for JAVA. Learn more about installing java on your system

After opening libGdx, you will get this user interface as shown below: 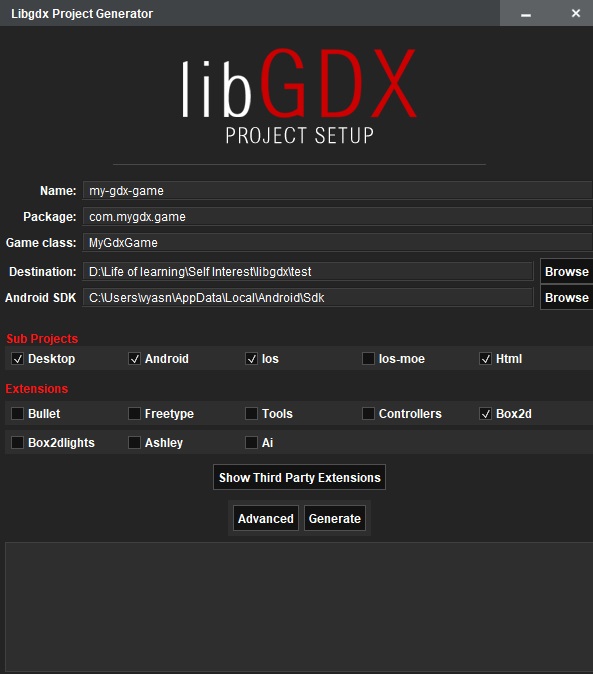 Step 2 - Set up a game project

This is a user interface to create a project for libGdx. First, you have to write the name and the package name of your project and then the name of the main game class.

if you don’t know the path then go to the android studio > configure > SDK manager and just copy paste the Android SDK location here or you can set SDK environment variable.

Then you just have to select your games platform for working and select his extra extensions if you want to add in your project what is the use of these extensions is we further discuss.

After deciding your configuration (do as shown in the next pic for simplicity), just click on Generate and accept all alerts. 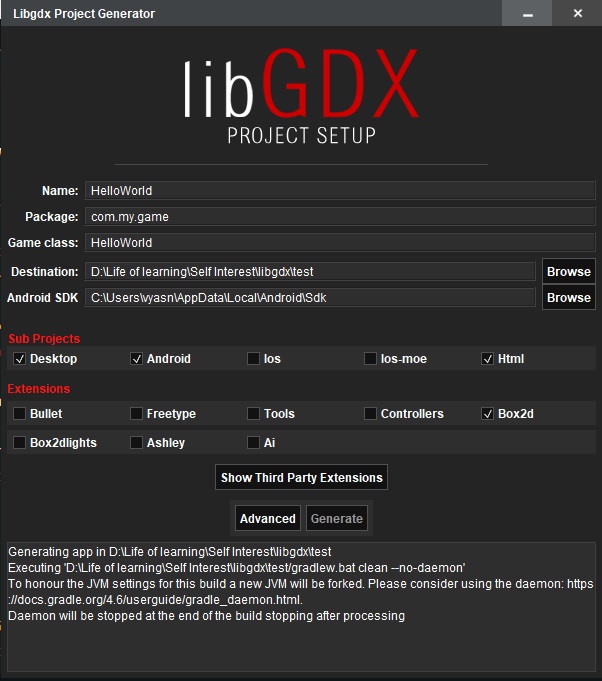 Your project will start setting itself but it will download its libraries and some more packages so it will take a few minutes to set up.

if you get something this: 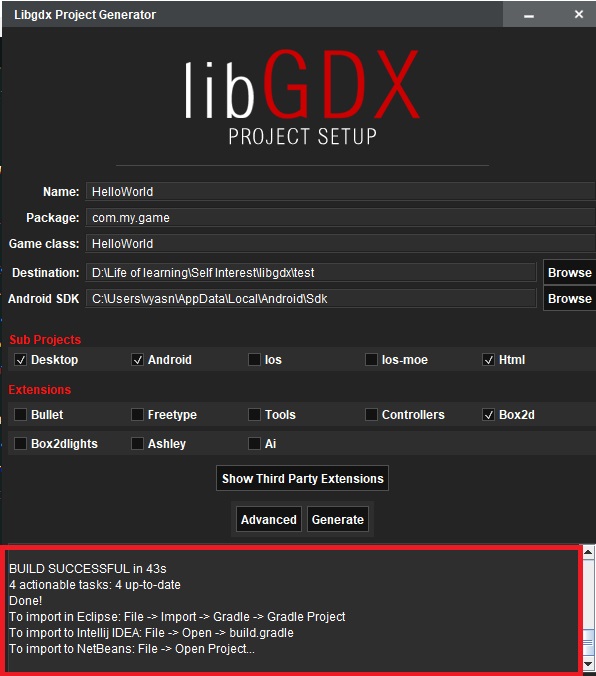 Then Congrats your first game project is now created!

After the import process finishes the Gradle build, you have to open the main class inside your core folder of your project tab like this: 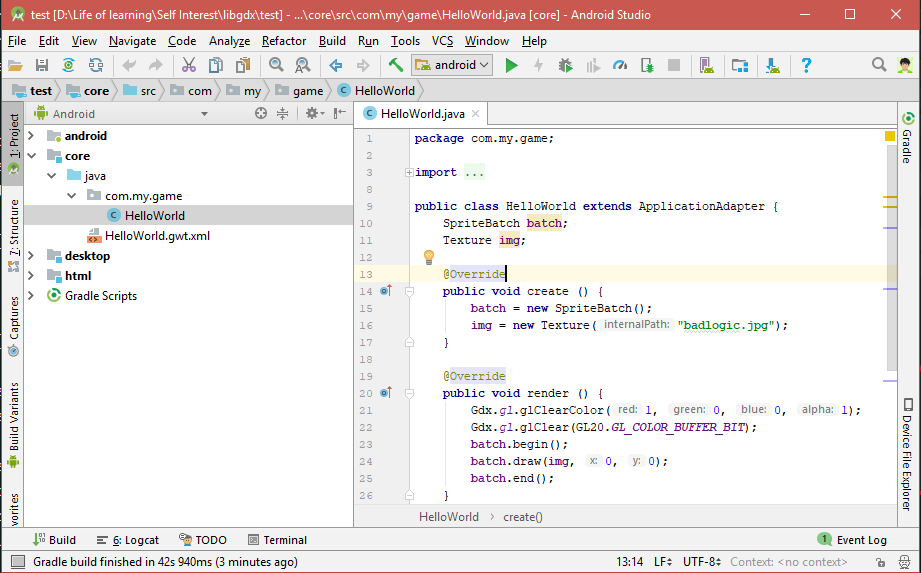 If you get an error like this “configuration on demand is not Supported” then:

Now go to “build and make your project”. Or else you can press ctrl + f9 shortcut key and wait for Gradle build.

In this core file, you can write the whole game and you can see the code which is default given by the libgdx.

Step 3 - Running our game on desktop

Now we have to run and test the code on the desktop. Just click on the run (toolbar, a play icon) and then click on edit configuration after that you have to add a new configuration so that click on + (plus) icon then you will get this. 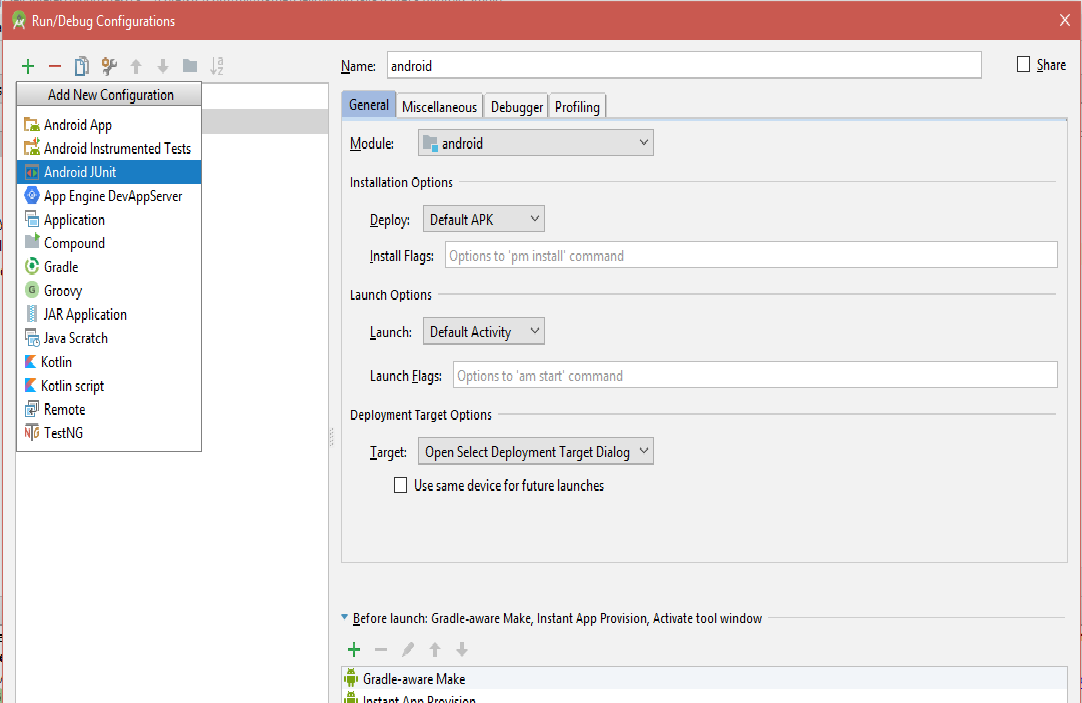 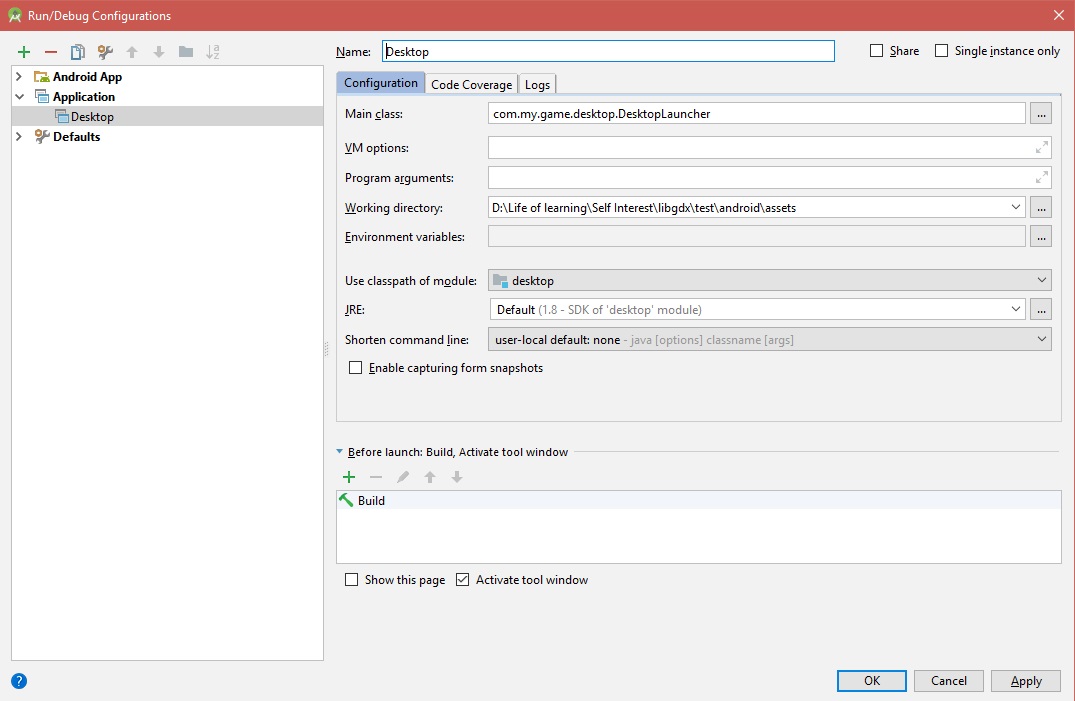 then apply and click OK. Finally click again on run to get your final result. It will take time for the first run due to compilation and output will be as shown below. 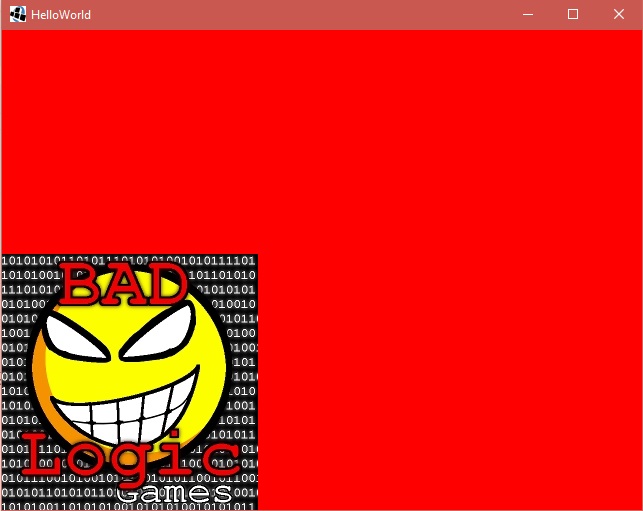 if you got an error and don’t get this window then don’t be panic. Sometimes this will happen due to the syncing of different files. So just try to run again. If you still have any issue, comment below. I will answer back!

This is the result of the default libgdx sample application, where the image you are seeing is the logo of badlogic games. Now you have learned how to run begin writing libgdx code and how to create a libgdx project.

Thanks for reading up to here. This was all about the first step in LibGdx game development. If you have any questions then comment below and don’t forget to give your reactions stay tuned for the next tutorial in the series!