Getting Started with Arduino! Setup and Upload your first sketch

So you recently bought a new Arduino Board and can’t wait to dive into the world of electronics. Well then let’s get started here! 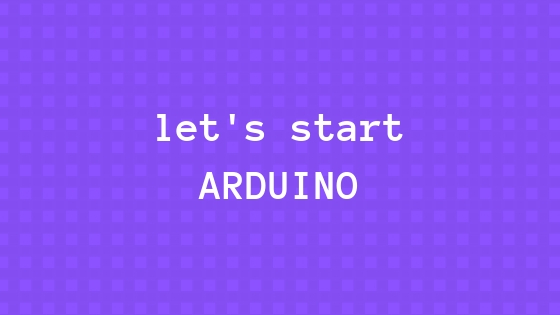 The official Arduino IDE is an amazing software containing all the necessary things that are required to begin development on Arduino immediately as plug and play. So you don’t need to do any extra tech effort for that.

Just go to www.arduino.com then open the software tabs.

You can download the installer according to your Operating System.

For windows, you can see, it is directly available on Windows Store. Just click Get and install.

Linux users can also install the IDE directly from their respective package managers.

What will the IDE do for me?

Basically, IDE is a set of tools that allows us to write code (also called sketches) for our board in a C like language that gets compiled and saved into Arduino’s memory.

IDE is easier to use because everything is GUI based and you also get a nice inbuilt Text editor with it.

One setup is complete, now it’s the time to connect your board using a USB cable into your computer.

The board should start blinking two lights.

Connect the board before running the IDE so that it can easily detect your board.

The IDE is safe and verified. If it asks for some permissions during running or installing, Allow Access.

Now you can have a blue and sweet IDE open, you need to be sure that Arduino is connected. For that, go to Tools > Board and check if the same type of board is selected which you have.

We are using Arduino UNO as it’s the most common one to find and popular too. 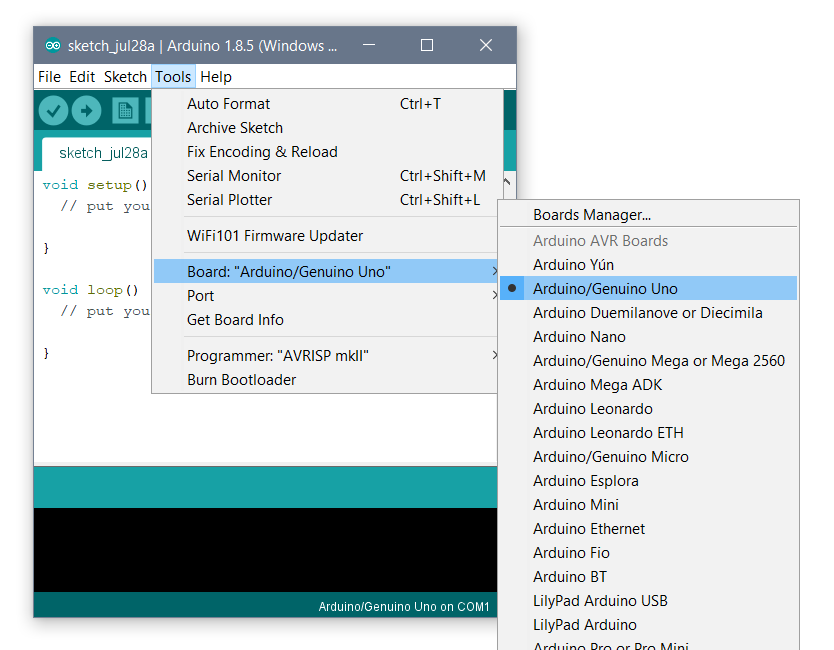 Now Go to Tools > Port and make sure that the selected port is the one which has Arduino connected to it. 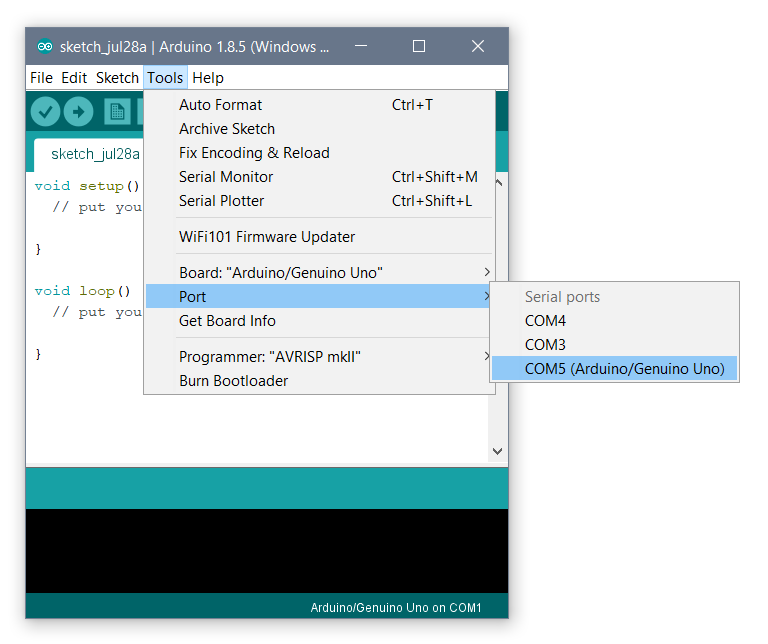 That’s it for the setup part. Now we can head towards a simple example to test if things are working properly.

Arduino IDE itself has a lot of pre-installed example programs to help you test with a lot of comments to understand.

Go to File > Examples > Basics > Blink and a new window will open with an example source code in it.

Now we will run this. Double check if your board is properly connected. We will compile and upload the code to the board. For that, simply click the Arrow button (or select Sketch > Upload ). 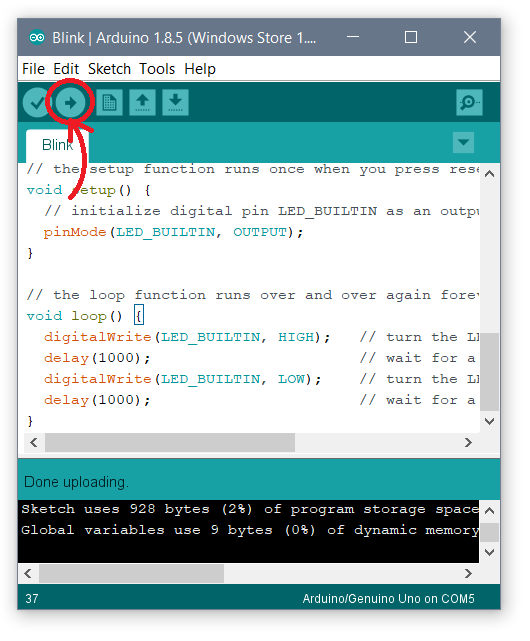 This will take some time. After you see “Done uploading”, you can see an inbuilt LED light on board blinking slowly. We will discuss the source code later in the series.

And here our Arduino Setup is complete and tested! Now all we need is to connect components to the board, write more code, compile and play.

To be honest, I really found the official Playground Site great, it has a lot of cool resources and articles to help you begin. Although we will do cool stuff on Fuddlepixel too, this one really worth reading.

That’s it for this article. In the next part, we will do some real project using some electronic components. Until then, keep learning programming from zero at ramdeoshubham.com.

(rand) Switch the Case
(rand) What is happiness? What a trip with my friends taught me.
(rand) Beginning C programming