How competing in a game jam taught me some important lessons

This is a story around the end of August 2019. It was Community Game Jam going on itch.io. So vysnvnt and I decided to have a try. He did have some experience in unity back then but we have never finished any ACTUAL game, just tried different mechanics. So we needed some kind of push to begin working on a real project. At a Game Jam was a perfect place to test! 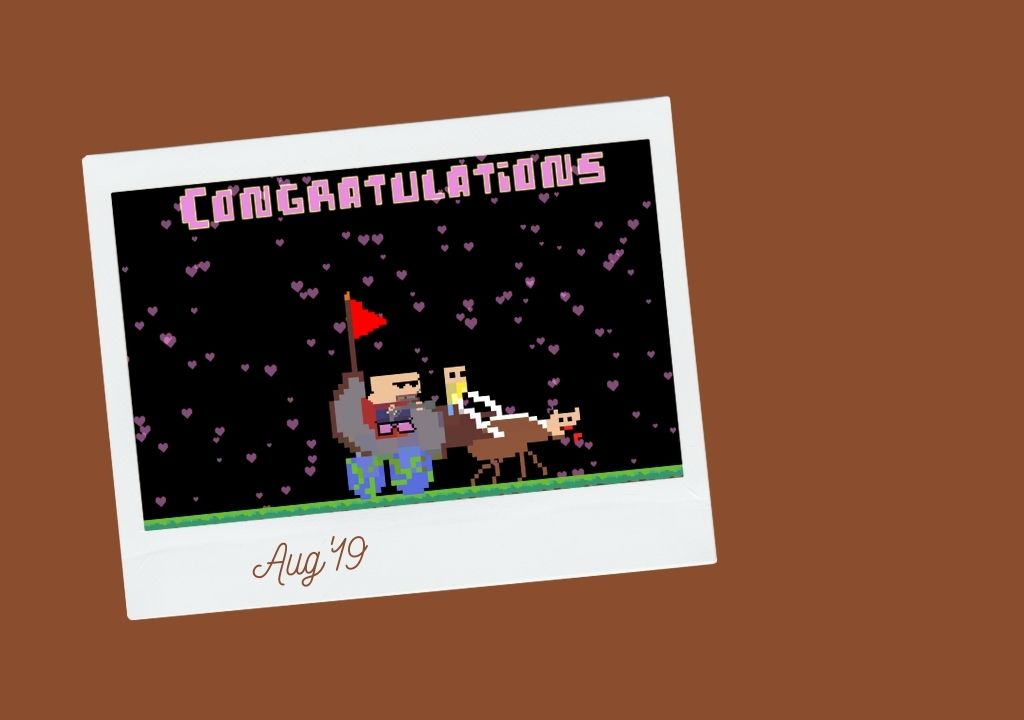 Itch.io is a beautiful platform for creatives. It offers total freedom, total control and welcomes all kinds of creators. When the community game jam was announced, we were first hesitated, because it was of course a community jam, where thousands of experienced will be coming to compete! Where do we exist there?

But the point was, we never intend to compete. We just wanted to finish a game. Itch is a friendly and welcoming platform so it was not much of an anxiety and game jam gave us a one-word theme and most importantly, deadline.

The game jam remained for 7 days, we did finish the game satisfactorily in our own way, even though we were short on resources, skills, and experience, but in the end, the whole experience was fun!

This 7-day journey taught us some simple fundamental important lessons every creator must keep in check.

I do not usually take part in competitions. But I learned it’s important to do so. One of the reasons is that we try We must always thrive for working around stupid projects. The biggest advantage we are given with such small projects is that we have a small risk boundary. So we can learn and experiment with things which we are not yet tried and still they are challenging enough because we are still ‘competing’.

The biggest advantage of having an external structure, like a competition, is that we are given a focus and a deadline. These two are the biggest sin.

Deadlines to stay away from perfectionism

Having a deadline protects us from the biggest issue of any creative person: Perfection. Perfection destroyed thousands of ideas. Works being delayed and not published because of being not perfect enough.

But here is the catch, we will never know how an art can be perfect, it’s not mathematics, it involves emotional expression and we get stuck in Nirvana Fallacy.

Deadlines don’t solve perfection, but it does allow us to think that time is more important. It’s well said that: “Its better done than perfect”.

Having some kind of focus or direction is also important as it gives us the main anchor point otherwise we get around trying everything! This directional approach helps in creating ideas in a radial fashion where we know all the concepts will still connect to a single dot, we can always go back to where we started.

Initially, when we started we were afraid because we had almost no skills at that moment. Just basic unity we tried from YouTube. And we had no time to learn anything or to prepare. As we had deadlines, we decided to plan the constraints first before planning the game and thus to work on a game that can still be built on what we already know. I know this might sound cheesy, but what else we could have done? To have a fantastic game idea where we don’t even know how to work? We were like a non-game-developers, but still, because we did finish a game, so, we became someone who had a finished game however it may be!

The constraints helped us keep the project under control and satisfied. We knew the final product would be very ugly, but we also knew we are doing our best. We defined limits on arts, music, setting up the storyline as we go, game mechanics.

But I want to clear one point, we defined constraints, but we had only deadlines and boundaries. We had No Plans and No Vision how our game gonna be like.

Plan as you go, have space for creative solutions

Anyone who does write or draw to express himself will notice that we initially do have some kind of a blurry vision that, this is what I want to write about. But the work itself drifts us to build something we didn’t start with and of course we will do feel more satisfied.

This is a common mistake I do. I try to pre-plan everything and then when some trouble appears, it almost left no room no room for having any creative solutions.

Pre - Planning creative projects is like interior decorating with glues. We don’t just build it, we hit and try and check if we are comfortable or not. And planning is like experiments were done with glue so now it’s heavy to change anything.

What does it cost? Chronology. Somehow the order becomes important. What we are doing first and what we will do next, becomes too important. Because we are trying different interior decoration items with glues. So now we are diverted into order. And this is the worst thing because then there remains no art, only patterns.

When we plan as we go, we have plenty of room and flexibility to move around, grab better opportunities, and have both defensive and offensive options in the project. Fixation only caused me anxieties in my personal experience.

Let your emotions art guide you

So having deadlines and constraints gave us an experimental boundary. Then we just sat and started making “something”. Something that should feel “good enough” to show off to our friends.

We put a simple character, on a wall, who can walk right, left, and jump. And then we felt like, he must have some gun. Now because of the gun, we must need enemies to shoot. And then we added a key and a door to add a winning screen. But it was not having any concept. So we felt like we should add a boss to make it fun.

vysnvnt don’t like dogs, so a dog was added as a final boss. LOL.

What happened after all this experimentation is that, we didn’t have the mental capacity and time to make multiple levels. We only had a single stage. We noticed our issue: “The game is too short”. So to make “it takes a long time to finished”, being in our constraints, we tweaked the difficulty, where the mechanics of the game would be unfair, and only by playing the same level many times, the level can be completed.

And thus technically, we gave our game too much time to play with even when we had a single level. Every time the player loses, he learns how not to lose next time and thus gets one step closure to finishing the game. And this random idea worked like charm for us.

We had nothing like a game design plan, not a single drawing, and it involved itself. That’s the beauty of art. Art guides us to craft itself if we can simply listen to it.

We even decided on the title of the game at the end! Based on the condition of the player character (try it here, you will find out why), and created the music after everything was set up. We wanted to set up the same irritating tone of the music as that of the stage.

In the end, when the last two hours were remaining, I completed two pieces of music to add to the game and designed itch.io’s homepage for our game. We released our game, even when we knew it won’t win anything, we had a huge learning experience and I was happy that I participated.

The game of course did not win anything! We shared it with our friends and they reacted very emotionally. Most of the time angry, frustrated, or still involved determined to complete it anyway! Some found it funny and enjoyed the funny ugly-looking beautiful-in-its-own-right artwork.

We were satisfied that when our friends did share the screenshots of the winning screens, we knew we were successful in finishing a game, our game did give our players some entertaining time, emotionally, even though making them angry.

And as we did “entertain” our players, so as a game designer, we were successful.

Here is the link to that funny incident, if you want to try: https://outboxcraft.itch.io/thug-of-life

Thanks for reading. And as always, Stay Connected.

(prev) « I let my hands type for an hour